Sara Dragan is 19 years old award-winning concert violinist, emerging as one of the finest violinists of her generation. She started to play the violin at the age of 7, under the tutelage of her parents, Konrad and Alicja Dragan.

Sara is protégée of legendary pedagogue Professor Zakhar Bron. She is student of Escuela Superior de Musica Reina Sofia in Madrid, as well as Zakhar Bron Academy in Switzerland.

Sara made her debut after 6 months of studying violin playing. She performed Henryk Wieniawski’s ” Obertas”  with the orchestra.
At the age of 12 she played Violin Concerto No.1 in D-major by Niccolo Paganini (with the cadenza of E. Sauret) and Carmen Fantasie by F.Waxman with the accompaniment of the Opole Philharmonic Orchestra under the baton of Piotr Borkowski.
At age 15, she made her United States debut at Carnegie Hall (NYC) where she played Violin Concerto No.1 in F-sharp minor by H.Wieniawski, as well as „The Last Rose of Summer” by W. Ernst.

Sara Dragan has performed at many prestigious festivals all over the world among those are Schleswig-Holstein Musik Festival, Interlaken Classics, Henryk Wieniawski Festival and the „Emanations” Festival at Krzysztof Penderecki European Music Center of Music.

Sara engages herself in many charity events by performing among others during ballgames for gifted young people and promotion of talented children in Hof, Germany as well as taking part in charity auctions for children with Down’s syndrome.

“Sara Dragan is an extremely talented young violinist. She is a phenomenon of her age group. She has a large repertoire and is an immensely gifted and creative musician. […] Sara is a very promising talent.” – Professor Jadwiga Kaliszewska, 2009.

There are no upcoming events at this time 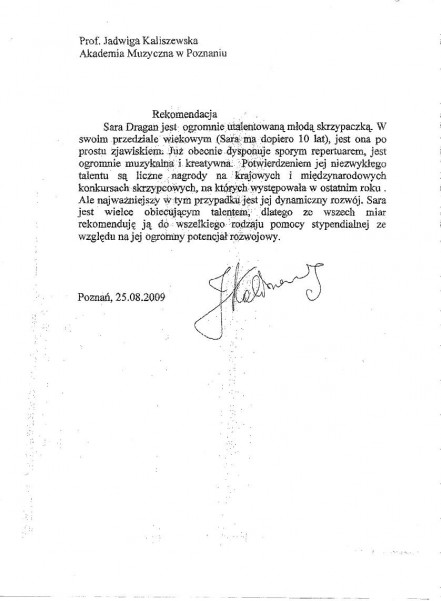 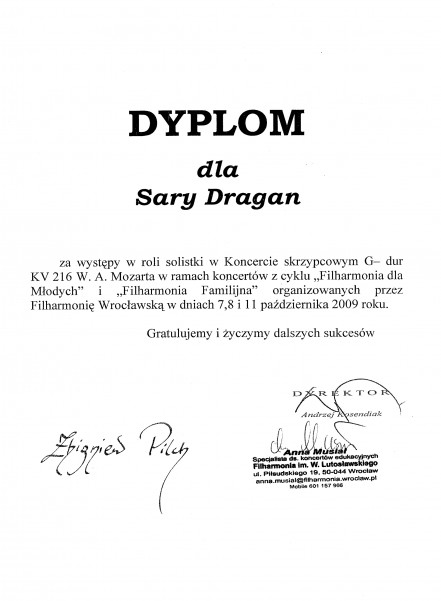 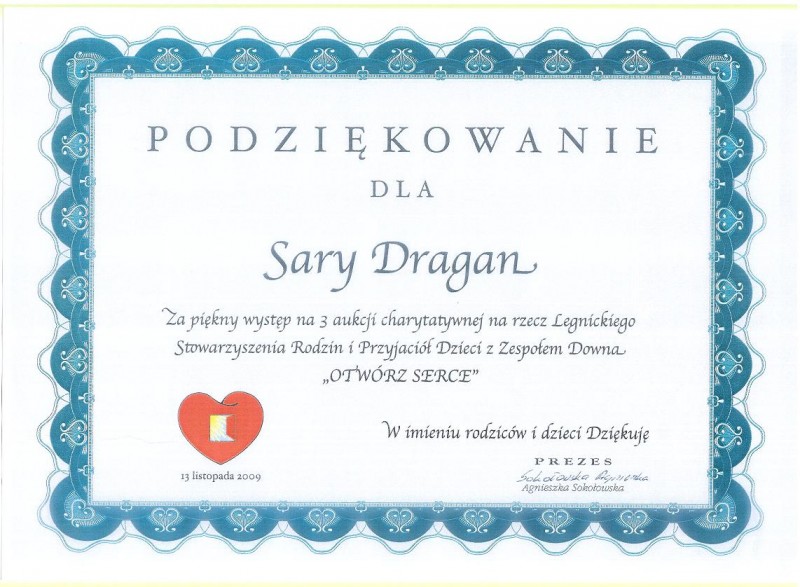 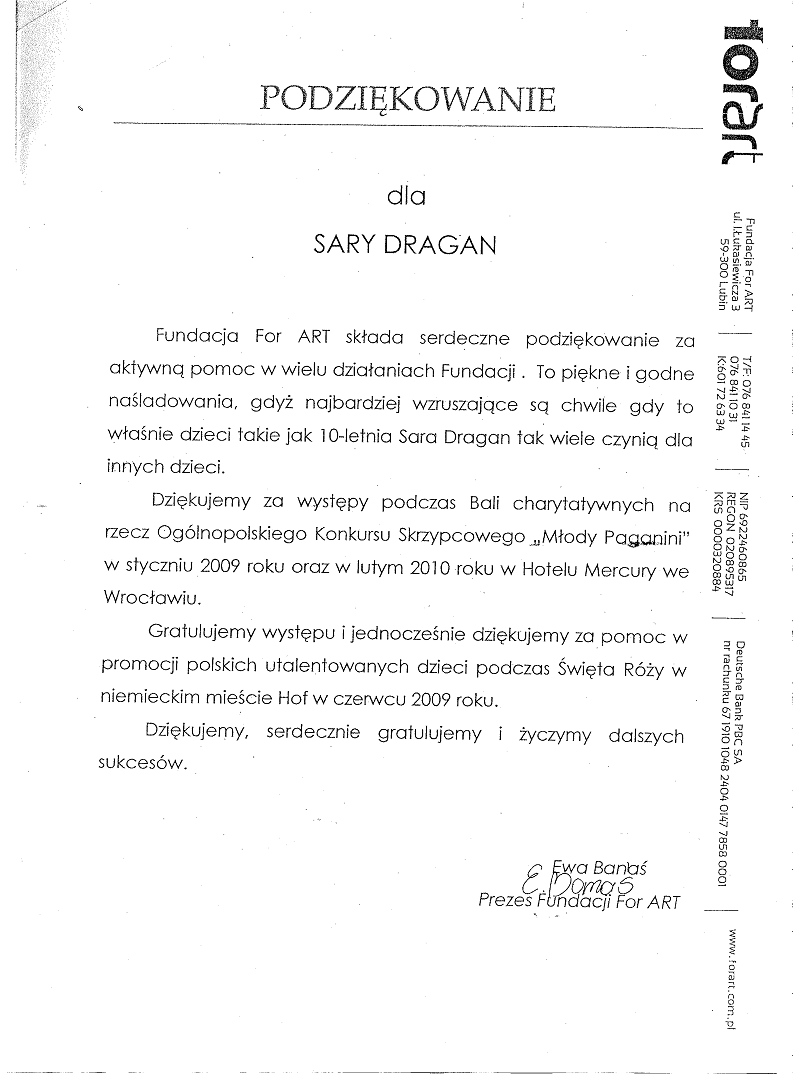 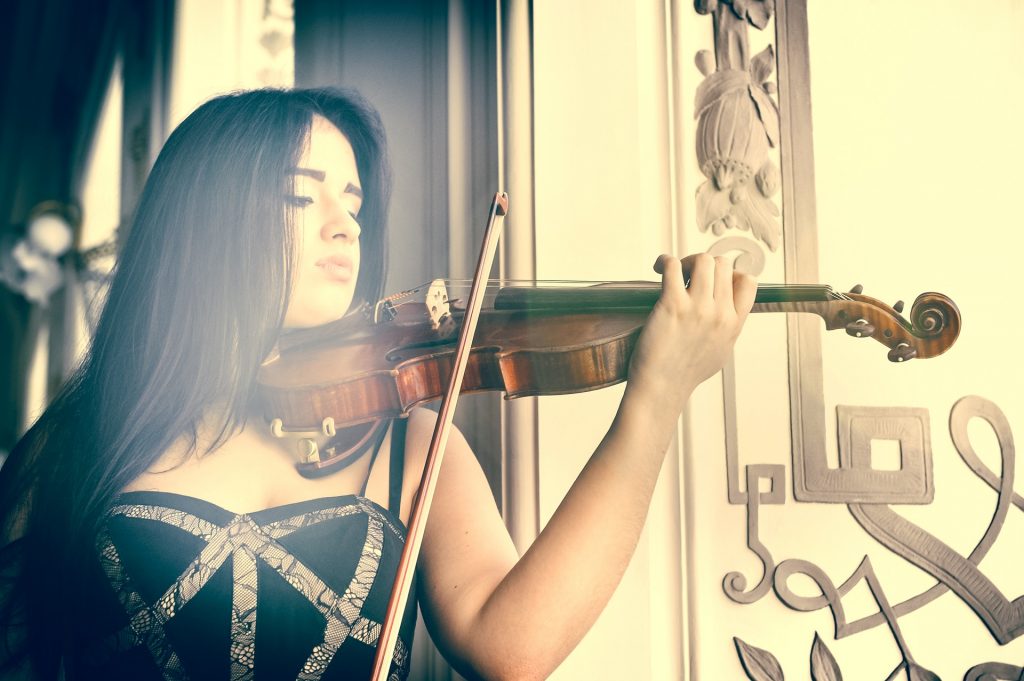 Here you can find posts on my everyday experiences as well as significant accomplishments. You can get to know me and learn what others think about me. You will also […]